Maureen has held leadership roles in film, gaming and the consumer web. She was most recently vice president of games at Zynga, where she oversaw three game studios, including the FarmVille sequels, which contributed to 40 percent of the company’s revenues. Previously, she worked on Pixar’s “Toy Story 3” film and at eBay in product management and UI design. Her most recent collaboration, “The Dam Keeper,” directed by Dice Tsutsumi and Robert Kondo, was nominated for the 2015 Oscar Best Animated Short. She received her undergraduate degree in an interdisciplinary program in computer science, art and psychology from Stanford University graduating Phi Beta Kappa and earned her master’s degree in business from Harvard University.

Baobab Studios, headquartered in Redwood City, Calif., is a virtual reality animation company that creates story and character-driven cinematic experiences.  Their first short animated VR film, Invasion!, was the first VR film accepted as an official selection for the 2016 TriBeCa Film Festival.  The trailer is top ranking in the Samsung Gear VR service and is a main demo for both retail stores and events such as the consumer Samsung Gear launch, Sundance, CES, etc.

The company was founded by Eric Darnell, co-founder and Chief Creative Officer.  He is the director and writer of such DreamWorks animated features as the four “Madagascar” franchise films (netting over $2.5 billion in the box office) and “Antz,” Dreamworks’ first ever full length animated feature film.  Maureen Fan, CEO and co-founder was most recently VP of Games at Zynga, creator of Farmville 2 (responsible for 40% of the company’s revenues) and leader of the Farmville Franchise.  She also worked in the production teams of Toy Story 3 and The Dam Keeper, a 2015 Oscar nominated animated short.  Larry Cutler is a judge for the Oscar Technical Achievement Awards, having led all of Dreamworks’ Character Animation Tech and Production Workflow and was technical director at Pixar on “Toy Story 2,” and “Monsters Inc.” 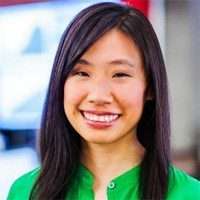