Bill McDermott is President and Chief Executive Officer of ServiceNow, the digital workflow market leader with more than 12,000 colleagues worldwide. He is one of the most respected and admired leaders in the technology industry, with a career of leadership success spanning Xerox, Gartner, Siebel Systems, SAP and ServiceNow.

Since he joined ServiceNow in late 2019, McDermott has accelerated the company’s strategy to help its customers win the “workflow revolution.” As the global coronavirus pandemic took hold in early 2020, Bill and the ServiceNow team innovated faster than ever, delivering free emergency response workflow applications and a cutting-edge Safe Return to Workplace suite. ServiceNow’s momentum is palpable, with leading customer retention rates, high net promoter scores and near 100% growth in market value since the beginning of 2020.

The SAP Turnaround
Bill spent 17 years at business software market leader SAP, Europe’s most valuable technology company. During his tenure, the company’s transformation was widely cited as a study of business model innovation and cultural evolution, with key metrics like revenue, operating profit, brand value and market value all quadrupling on his watch. SAP also emerged as a leading social citizen, relying on green power for its data centers and becoming the most sustainable software company on the Dow Jones Sustainability Index. SAP employees gave McDermott the highest approval rating of any chief executive on popular employment website Glassdoor.

Guiding Global Brands
In addition to his executive leadership of ServiceNow, SAP, Siebel, Gartner and Xerox, Bill has sat in the board rooms of innovative companies in a range of industries. He has served as an external director for performance apparel maker Under Armour (2005-2019), engineering software maker Ansys (2007 – 2019) and cyber security maker Dell SecureWorks (2016-2019). Bill has also served on a wide range of CEO leadership coalitions, including the Business Roundtable, the Business Council and the European Roundtable of Industrialists.

Civic and Social Leadership
Bill is passionate about engaging and mentoring young people, consistent with the real-life education of his own early days, chronicled in his internationally best-selling memoir, Winners Dream: A Journey from Corner Store to Corner Office. He has received countless awards, including the first-ever “Leader Worth Following Award” from LeaderCast and the We Are Family Foundation Promise Award. He has also been recognized by the Children’s Aid Society, City Year and the Silicon Valley Leadership Group.

Education and Personal
Bill is a graduate of Dowling College, Northwestern University’s Kellogg School of Management and the Executive Development Program of the Wharton School, University of Pennsylvania. He and his wife Julie have two grown sons and are proud parents of a new puppy. They reside in Northern California 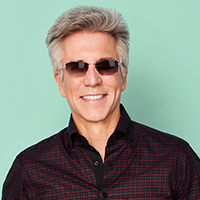