Sukhinder Singh Cassidy is a leading digital executive and entrepreneur with 20 years of leadership experience scaling and founding companies including Google (President, Asia Pacific & Latin America) , Amazon ( Business Development for Marketplace) , Yodlee (Founder & SVP Business Development), Joyus (Founder & CEO) and Polyvore (CEO). She is currently Founder and Chairman of theBoardlist. Sukhinder also serves as a public board director at Ericsson, TripAdvisor and Urban Outfitters and has previously served as a board member at J.Crew, Stitchfix and an Advisor to Twitter.

In June 2015, Sukhinder founded theBoardlist (http://www.theboardlist.com), a Benefit corporation and premium talent marketplace aimed at connecting highly endorsed women leaders with board opportunities in the tech industry. Supported by a community of over 1300 leading CEOS, senior executives and venture capital firms, to date 2000+ senior women leaders who have been nominated to serve on boards, 380+ board searches have been launched and over 100 board seats have been successfully filled leveraging the theBoardlist platform. theBoardlist has been profiled in numerous publications including : Fortune, Forbes, the Wall Street Journal, NYT, Bloomberg, Wired, TechCrunch, Fast Company, and USA today.

For her work in the Internet industry, Ms. Singh Cassidy has been profiled in numerous publications globally, including Fortune, Forbes, Wall Street Journal, Business Week, the New York Times, Bloomberg, Vanity Fair, Vogue, Techcrunch, AllthingsD, Ad Age and several leadership books, including: “How Good Leaders Learn”, “Innovation Nation” and “Geek Girl Rising”. She has been named one of the Most Creative People in Business By Fast Company (2017), one of the Top 100 People in the Valley by Business Insider (2016, 2012); a “Woman to Watch” by Forbes (2014), Fortune (2008) and Ad Age (2010); Techcrunch’s first General Management Fellow (2009); and one of the Top 100 Women of Influence in Silicon Valley (2016,2014,2010). 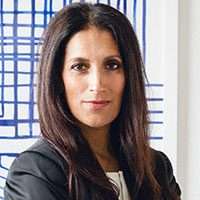