Sue Siegel is GE’s Chief Innovation Officer and CEO of GE Ventures, leading the development and acceleration of innovation across the company. An innovator and disruptor at heart, she is a seasoned executive focused on uncovering new and unconventional paths to growth. She has 30+ years of corporate, entrepreneurial and venture capital experience all geared at one thing: turning untapped potential into real value.

Sue helped launch GE Ventures, an innovation engine focused on accelerating promising start-ups, creating new business models, developing new markets, and nurturing ideas into scalable initiatives both inside and outside of GE. In this role, Sue and her team led the creation and launch of seven new companies including Avitas Systems, Vineti and Evidation Health, funded and accelerated growth for 100+ companies and led the creation of a novel licensing model for GE’s library of patents – connecting technology and ideas to create new avenues to growth.

Previously, as a Silicon Valley-based venture capitalist at MDV, Sue led investments and served as Board member for companies in personalized medicine, digital health, and life sciences. Prior to that, Sue served as President and Board Member of Affymetrix (NASDAQ: AFFX), where she led the company’s transformation from a pre-revenue startup to a global, multi-billion dollar market cap genomics leader. She also led strategy, technology development, licensing, manufacturing, and new market creation and development at leading organizations including Bio-Rad, DuPont and Amersham.

Sue has been recognized in Fortune as one of “34 Leaders Who Are Changing Health Care” and as one of “The 100 Most Influential Women in Silicon Valley” by Silicon Valley Business Journal. She is an Aspen Institute Crown Fellow and was featured as a “Multiplier” in the bestselling book: “Multipliers: How the Best Leaders Make Everyone Smarter.”

Sue holds an M.S. from Boston University School of Medicine and a B.S. from the University of Puerto Rico. 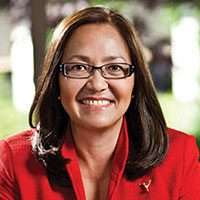