Steve Phillpott was named Chief Information Officer for Western Digital Corporation in October 2015. Prior to this, he was CIO for HGST, a Western Digital brand. As the CIO of Western Digital, he oversees the worldwide IT department encompassing infrastructure and operations, global applications, enterprise data management and IT security. Steve works with leaders to provide strategic and tactical IT direction, which often includes utilizing Cloud, SaaS, Social, Web, Mobile and Big Data to drive business innovation and value. Based in the U.S. headquarters in Irvine, Calif., he manages WDC’s global, multi-disciplined IT team.

Prior to joining HGST, Steve was CIO for Amylin Pharmaceuticals, a leading provider of drugs for the treatment of diabetes. Steve was previously the CIO of Proflowers.com, a high volume e-commerce retailer, and the VP of IT for Global Enterprise Applications at Invitrogen (now Thermo Fisher Scientific). Prior to that, he held various leadership positions at companies including Memec (Avnet), Gateway and Qualcomm.

A recognized industry expert, Steve has received numerous industry awards. Most recently, he was recognized among Computerworld’s top 100 IT leaders for 2016. Additionally, he was named a finalist in the Public Company category in the Bay Area CIO of the Year Awards for 2016. He is a frequent speaker on IT innovation, transformation and cloud migration strategies at many leading industry events, including Amazon Executive Summit, and events sponsored by Gartner, Forrester, BIO-IT World, Information Week 500 and numerous others.

Steve received his BS in Engineering from the U.S. Naval Academy in Annapolis, Maryland, and holds a MBA in Technology Management from the University of Phoenix. 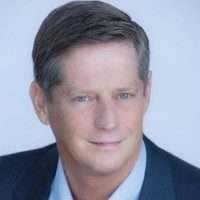