Stephen is the Co-Founder and CEO of Rothy’s, an innovative fashion footwear brand which launched in 2016. Rothy’s makes beautiful, stylish flats for women that are incredibly comfortable. The machine-washable shoes are produced with a fiber made from recycled plastic bottles; knit by machine and crafted by hand, Rothy’s are seamlessly constructed using a 3D knitting process which significantly reduces manufacturing waste. To date, the Company has repurposed approximately 16 million plastic bottles once destined for the landfill. And as Vogue wrote when Rothy’s first launched, “the most environmentally friendly shoes on the planet also happen to be the cutest.”

Stephen has a longstanding passion for well-designed and well-made footwear, apparel and consumer goods. Co-Founding Rothy’s enabled him to merge his personal interests with his professional experience. Prior to becoming an entrepreneur, Stephen spent almost twenty years advising on M&A transactions and evaluating investment opportunities in both investment banking and corporate development. In particular, he focused on the Internet, Digital Media, eCommerce and Consumer sectors. 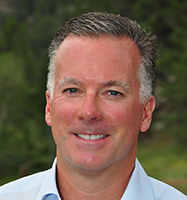