Stephen J. Cloobeck is the Founder and Chairman of Diamond Resorts International, Inc. (NYSE:DRII) – a hospitality company that delivers Vacations for Life® to members, owners and guests. Mr. Cloobeck is a self made entrepreneur with over 25 years of experience in every aspect of hospitality inclusive of design and development.

In April 2007, Cloobeck acquired the publicly traded Sunterra Corporation and transformed the company into the Diamond Resorts International® brand with more than 330 vacation destinations in 34 countries throughout the continental United States and Hawaii, Canada, Mexico, the Caribbean, South America, Central America, Europe, Asia, Australasia and Africa. Offering affordable luxury and priceless memories to members, owners and guests, Cloobeck is widely recognized as one of the most innovative, successful and accomplished entrepreneurs in the global hospitality and vacation ownership industries.

Stephen J. Cloobeck remains committed to building the vacation ownership and hospitality industries, and served as a former Trustee of the American Resort Development Association (ARDA) as well as a former director on the board of ARDA. Further engaging in the industry, Cloobeck is an active member of the World Travel Tourism Council and has joined with the Resort Development Organisation to partner in seeking solutions to issues affecting owners. Active in a wide range of community and philanthropic affairs on the local, state and national levels, Cloobeck was appointed by U.S. Commerce Secretary Gary Locke to serve on the government’s formed Brand USA Inc. Mr. Cloobeck was the founding Chairman of the Board Brand USA Inc., a non-profit corporation that will promote travel to the United States and communicate and improve the entry process so that visitors want to return. Cloobeck coordinated with many facets of the highest level of United States Government including Homeland Security, State Department, Commerce Department, Congress and the White House.

Cloobeck served on the board of directors for Nevada Cancer Institute from 2003-2009, and served as Chairman of the Board from 2009-2010. Additionally, Brandeis University instituted the Stephen J. Cloobeck ’83 Endowed Fellowship at the Brandeis University International Business School. In January 2015, Cloobeck was appointed as a Trustee for the Chapman University.

Working with many charities and civic organizations, including the Prostate Cancer Foundation, Faster Cures, Keep Memory Live Organization, Water.org and various educational initiatives, Cloobeck is also a founder of the Brent Shapiro Foundation for Drug Awareness. In efforts to assist his team members, in 2012 Cloobeck founded the Diamond Resorts International® Team Member Crisis Fund, which offers financial aid to team members worldwide struggling with a crisis.

Cloobeck received a degree in psychobiology from Brandeis University in 1983 by the seat of his pants and realized later that he is dyslexic. 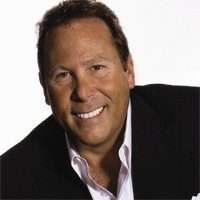