Sequoia
Partner
Shaun is an entrepreneur, investor, and scientist with a broad and eclectic background. As an investor and adviser, Shaun has worked with companies building everything from quantum computers to self-driving cars.
Shaun Maguire is a partner at Sequoia, has founded two companies (one in space technologies and another in global internet security) and holds a PhD in physics from Caltech. As a teenager, he played in the world’s top league for the video game Counter-Strike—and got an F in Algebra II.

Formerly a Partner at GV, Shaun co-founded two companies: Qadium and Escape Dynamics. Qadium is a San Francisco-based cybersecurity company that creates and organizes information about the world’s networked devices. Shaun is chairman at Qadium and maintains an active role there. Escape Dynamics built a space propulsion system based upon wireless power transfer that demonstrated an extremely high specific impulse. Shaun also previously worked at the Defense Advanced Research Projects Agency (DARPA). He was deployed to Afghanistan for three months and his team received a Joint Meritorious Unit Award for their work.

Shaun has a PhD in physics from Caltech where he studied quantum aspects of black holes. He also holds master’s degree in statistics from Stanford, and ‘control and dynamical systems’ from Caltech. 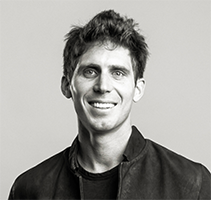