Robert Theleen has been a pioneer venture capitalist and investment banker in China since the late 1970s. He is the founder and CEO of ChinaVest, Ltd. Headquartered in Shanghai, with offices in Hong Kong and Beijing.

ChinaVest is one of the premier Investment Advisory firms in China serving the corporate strategic and financial advisory requirements of its clients, in a wide range of industries. Founded in 1981 as the first institutionally-funded venture capital fund in China, ChinaVest has invested more than US$500 million in more than 50 companies in China over 3 decades.

Today ChinaVest is an investment advisory firm focusing on cross-border financial and strategic advice to both US and Chinese institutional investors. The Firm has established close working relationships with all levels of Government which the Firm has leveraged for the benefit of its clients for four decades in China.

Among his unique accomplishments, Bob became one of the first foreigners to become a main board director of a Chinese State-owned Enterprise (SOE), Beijing Enterprises, the largest holding company in Beijing of key utilities and infrastructure for the City. Bob led the strategic restructuring of Beijing Enterprises that stands today as one of China’s national Champions.

In 2004, he was the only foreigner invited by the Chinese Government to serve as a senior member of a Chinese law-making task force, where he served for five years, to restructure a major portion of the Chinese financial industry under the auspices of the National Development and Reform Commission (NDRC). The results were the first major restructuring of China’s financial service industry. In 2016, the Shanghai Government wrote a book on “The Ten Most Influential Americans in Shanghai” of which he was one of them.

Bob was elected and re-elected as Chairman of the Board of Governors of The American Chamber of Commerce in Shanghai, the oldest and largest AmCham in Asia, for 2013, 2014 and 2015. He has also served for 10 years as a Trustee of the Asia Foundation, headquartered in San Francisco, a major development agency supported by US foreign aid to Asian countries. He is currently the Chairman of the Presidents’ Roundtable in Shanghai, whose members include the heads of more than 60 chief executives for China and Asia for major foreign multinational companies, both American and European, operating in China. He regularly appears as a television commentator, writes in various international publications and continues to serve on senior advisory committees for US and Chinese Government policy in trade and investment.

Bob currently lives and works in Shanghai with his Chinese wife, Jenny, who is President of ChinaVest. Jenny holds degrees from the University of Singapore and a Master’s Degree from the Institut d’etudes politiques de Paris (Sciences Po). In 2015, she received one of the highest awards for entrepreneurial innovation from the National Development and Reform Commission. (NDRC) of Chinese Government. 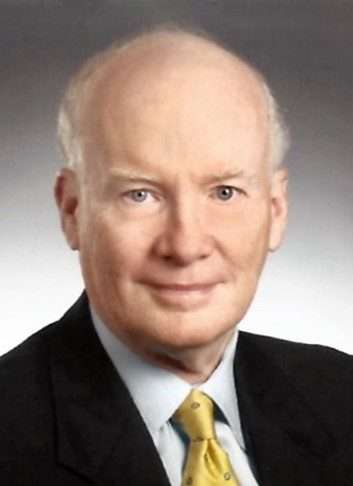