Katrina is President and Founder of the Crazy Amazing Humans Podcast as well as General Manager of the music label Kataphonic Records, featured as one of Billboard Magazine’s Top 20 Power Players.  Katrina integrates her life experiences with her musicianship, education, and her desire to shine a light on those doing good in the world. Her mission with the Crazy Amazing Humans brand is to highlight stories of people from all walks of life who utilize their time, talent and resources to give back and extend kindness through whatever avenue they have chosen.  The brand’s ultimate goal is to engage and embolden listeners to find ways to make an impact in their own communities, as well. Featured guests have included, Nicholas Kristof (Pulitzer Prize-winning journalist and founder of Kristof Impact Prize), Leeza Gibbons (TV personality and founder of Leeza’s Care Connection), and Dr. Tom Catena (doctor to over a million Sudanese in a war-zone and the subject of the award-winning film, The Heart of Nuba), amongst many others.

As a singer-songwriter, Katrina is a touring artist who has released six albums and is currently writing/producing her seventh. Katrina has had numerous Billboard and R&R Adult Contemporary chart-topping singles (her cover of the classic Cars single, “Drive,” went Number 1 in Los Angeles). Her music has also been featured in a wide variety of films as well as network and streaming television shows. As a member of National Academy of Recording Arts and Sciences, Katrina is a voting member for the Grammy Awards. She is also a member of Screen Actors Guild (SAG) and AFTRA. For Trekkie fans, Katrina guest starred on “Star Trek: Deep Space Nine.”

In addition to multiple concerts in the US and abroad, Katrina donates her time and talent as a performer at galas, events, and annual fundraisers for numerous non-profit organizations. Katrina and her husband, Ken, founded the Take Heart Foundation which provides much needed funding for supplies and staff training at the Mother Mercy Hospital in the Nuba Mountains of Sudan. Furthermore, she volunteers at the Los Angeles Children’s Hospital, The Epilepsy Foundation, Upward Bound House and the National Charity League (NCL). Along with contributing to NCL’s numerous philanthropies, she has also served on their thrift shop committee, helping raise proceeds to benefit Para Los Niños, Westside Children’s Center, and St. Joseph’s Center, among others. Katrina has also served on several other boards, including the board for the West Los Angeles Council of the Boy Scouts of America.

Having received her BA from Brown University where she met her husband Ken, Katrina currently resides with her family in Santa Monica, California, which includes three kids, two bunnies, and one chameleon. 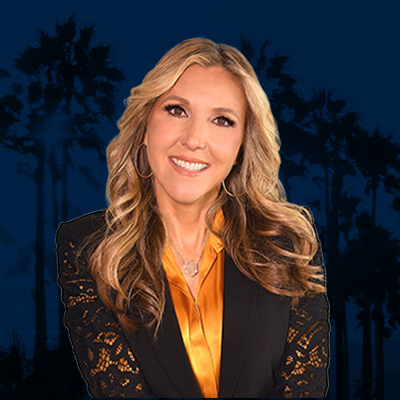