Kakul Srivastava is CEO and co-founder of Tomfoolery, a mobile-first startup dedicated to building amazing apps for work. Over her 15 year career, Kakul has helped build some of the most loved consumer products ever — Adobe’s Photoshop line of products, Flickr, Yahoo! Messenger, and Yahoo! Mail. At Adobe, Kakul managed the team that launched Photoshop Album – the first ever consumer product to introduce the concept of tagging photos.

She then went on to join Yahoo! as the first product person at Flickr, where she eventually became GM and led her team to grow the fledgling social photo service from 37,000 users to over 60M. Kakul’s career at Yahoo! led her to become one of the top female executives in the company, as she took on the role of VP, Product for the Communities & Communications Division that included Y!Mail, Messenger, Groups, and Answers products. In this role, Kakul drove the biggest redesign of Yahoo Mail in 5 years, and managed a monthly user base of 450M+ and a global team of close to a hundred people.

Prior to forming Tomfoolery, Kakul was part of the leadership team at TinySpeck, an online game startup that combined the best parts of casual social gaming with MMO’s. At Tomfoolery, Kakul is leading a rapidly growing team of entrepreneurial rock stars who have set out to change the way we look at mobile enterprise software and to “make work awesome”. Kakul has two children and strongly believes that working moms can be passionately dedicated to both their careers and their children.

To that end, she serves on the Board of Trustees of her children’s preschool, Little School, as well as helping their elementary school, MCDS, develop excellence in STEM (Science, Technology, Engineering, Math). Kakul is a graduate of MIT with a BSME in Mechanical Engineering and Biotech, and also holds an MBA from the University of California, Berkeley Haas school of business. She serves as Co-Chair of the Cure Violence Advisory Board and published several papers in peer reviewed journals about protein biochemistry and the pathways that lead to Alzheimer’s Disease and Downs’ Syndrome. 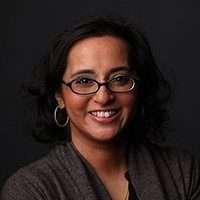