Throughout her career, Juliet has contributed to building high-performance management teams at companies including Google, Amazon, DocuSign, Bloom Energy, Shazam, Chegg and One Kings Lane. At KPCB, Juliet has led the development of several key initiatives including Kleiner Perkins Women Leaders (KPWL), an initiative aimed at mentoring and developing the next generation of female entrepreneurs, and the KPCB Fellows Program, a program that brings the most talented engineering, design, and product management students into KPCBportfolio companies. Juliet is a frequent contributor to Fortune as a Fortune Most Powerful Women Insider. She also appears often on Bloomberg TV, where she is an expert on Silicon Valley’s “War for Talent” as well as on millennials in the workplace, women in technology, and developing cultures of innovation.

Before joining KPCB, Juliet was a managing director of Ramsey Beirne Associates, a leading provider of executive searches to high-growth, leading-edge companies. Earlier in her career, Juliet was a partner at Heidrick & Struggles, a global executive search firm where she led CEOand VP level searches. Juliet began her career with Procter & Gamble in the United Kingdom.

Juliet earned her bachelor’s degree in business from Newcastle Business School at Northumbria University in the United Kingdom, where she also serves as a member of the Advisory Board. Juliet is also a passionate champion of innovation in philanthropy, contributing to leading organizations such as Product (RED), acting as an advisory board member to CHIME FOR CHANGE, serving as co-chair for both CHIMEHACK and CHIMEHACK II, and most recently, co-founding Beyond Type 1, an organization focused on finding a cure for Type 1 Diabetes. 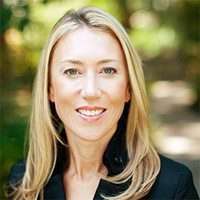