John Chambers is the founder and CEO of JC2 Ventures. In his role, Chambers focuses on helping disruptive startups from around the world build and scale, while also promoting the broader development of startup nations and a startup world. He invests in companies across categories and geographies that are leading market transitions, such as Aspire Food Group, Balbix, Bloom Energy, Dedrone, IoTium, Lucideus, OpenGov, Pindrop, Privoro, Rubrik, SparkCognition, Sprinklr, and Uniphore. He also serves on the Board of Directors for Bloom Energy, OpenGov, Pindrop, and Sprinklr. In addition to investing in and mentoring startups, Chambers is focused on promoting entrepreneurship, gender equality, and accelerating overall new business creation around the world, as he believes that startups will be the core driver of economic growth and job creation in the Digital Age. He was appointed Global Ambassador of the French Tech by President Emmanuel Macron of France. Chambers is also the Chairman of the US-India Strategic Partnership Forum (USISPF). He will work closely with business and government leaders in France, India and the U.S. to create meaningful opportunities that have the power to change the lives of citizens. Prior to founding JC2 Ventures, Chambers served as CEO, Chairman and Executive Chairman at Cisco Systems. During his 25+ years at Cisco, he helped grow the company from $70 million when he joined in 1991, to $1.2 billion when he became CEO in 1995, to $47 billion when he stepped down as CEO in 2015. As Executive Chairman, a position Chambers held until December 2017, he led the Board of Directors and provided counsel to the CEO and leadership team on strategy, digital transformation and strategic partnerships. John also spearheaded the creation and development of Cisco’s country digitization program, where he partnered with government leaders across the world to harness the power of technology to create economic opportunities. With countless lessons learned during his tenure at Cisco, as well as from his experiences working with startups, Chambers wrote Connecting the Dots: Lessons for Leadership in a Startup World in 2018, sharing the management, leadership and business principles that brought him and his teams unmatched success for decades. Connecting the Dots unleashes new rules for disruption and lasting success in the Digital Age that gives readers a playbook on how to act before the market shifts, tap customers for strategy, partner for growth, build teams, and disrupt themselves. “I’m extremely excited to move to my next chapter… I’m fully committed to developing startup companies, startup nations and a startup world.” — JOHN CHAMBERS Chambers has received numerous awards for his leadership, including being named the number two “Best-Performing CEOs in the World” in 2015 from Harvard Business Review and receiving the Edison Achievement Award for Innovation. Chambers was also awarded the Outstanding Civil Service Medal by the U.S. Army, as well as France’s National Defense Gold Medal, the only foreign business leader to ever receive the award in its 35-year history. Most recently, Chambers was awarded the Padma Bhushan, oneof the highest civilian awards recognized by the Government of India, for his contributions to trade and the tech industry in India. Chambers was also named one of Barron’s’ “World’s Best CEOs,” “CEO of the Year” by Chief Executive Magazine, Time Magazine’s “100 Most Influential People,” the “Best Boss in America” by 20/20, one ofBusinessWeek’s “Top 25 Executives Worldwide,” the Business Council’s “Award for Corporate Leadership,” “Best Investor Relations by a CEO” from Investor Relations Magazine three times, and the 2012 Bower Award for Business Leadership from the Franklin Institute. Chambers has worked closely with government leaders around the world, including nine U.S. Secretaries of State. Chambers also served two American presidents during his career. He was Vice Chairman of President George W. Bush’s National Infrastructure Advisory Council (NIAC), where he provided industry experience and leadership to help protect critical U.S. infrastructure. He also served on President George W. Bush’s Transition Team and Education Committee, and on President Bill Clinton’s Trade Policy Committee. He has been widely recognized for his philanthropic leadership, including receiving the U.S. State Department’s top corporate social responsibility award (ACE) twice, from both former Secretary of State Hillary Clinton in 2010 and former Secretary of State Condoleezza Rice in 2005. He also received the first-ever Clinton Global Citizen Award from former U.S. President Bill Clinton and has been awarded the Woodrow Wilson Award for Corporate Citizenship and the prestigious Excellence in Corporate Philanthropy Award, an award given by CEOs to their CEO peers. Chambers takes an active role in corporate social responsibility initiatives worldwide. His partnerships have included working with the Palestinian ICT sector, growing ICT from 0.8 percent to more than 5 percent of GDP in three years, and Connecting Sichuan, an effort to help rebuild healthcare and education models affected by the May 2008 earthquake. Chambers also co-sponsored the Jordan Education Initiative by partnering with the Jordanian government and co-led a delegation of U.S. business leaders, with the U.S. State Department, to form the Partnership for Lebanon. Prior to 1991, Chambers spent eight years at Wang Laboratories (1982–1990) and six years with IBM (1976–1982). He holds a bachelor of science/bachelor of arts degree in business and a law degree from West Virginia University, as well as a master of business administration degree in finance and management from Indiana University. 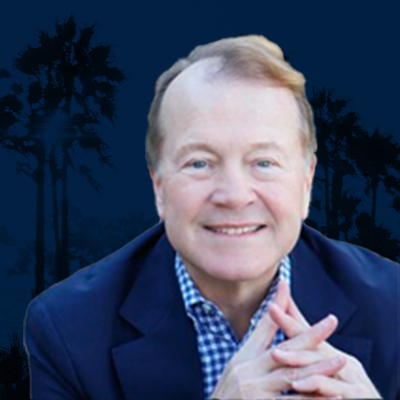