Jason is the Managing Director of Koch Disruptive Technologies (KDT), an innovative and strategic-focused business unit of Koch Industries.  KDT’s role is to invest in technology companies that disrupt and transform Koch’s core businesses and expand into new platforms and capabilities.  Artificial intelligence, blockchain and crypto, bio IT and genomics, and industrial robotics are just a few segments being explored by KDT.

Jason is a seasoned technology executive with 15+ years of success inspiring teams in both small and large companies. Curious, disciplined, innovative, and entrepreneurial, he has the ability to make balanced strategic and financial decisions in a rapidly-changing environment.  Jason has a passion for creative destruction and developing thoughtful technology solutions around expansive problems. His non-linear thinking has helped corporations, organizations and leaders be more innovative.

Prior to KDT, Jason was the Founder and CEO of BookShout, the world’s leading B2B e-book company which was acquired by Ambassador Enterprises (AE) , a private equity group.  In addition to his CEO role, Jason was a Senior Advisor/EIR to Ambassador Enterprises for all their technology assets and potential acquisitions. During his time, Jason led the technology companies and strategy within the AE portfolio, helped establish investment and operational philosophies, and developed relationships with companies such as T-Mobile, AMEX, Stanford, Facebook, Google, and many more.

Jason is also a published author and nationally-renown speaker.  Jason has presented at the Goldman Sachs Technology & Internet Conference, the Credit Suisse Global Media and Communications Convergence Conference, and hundreds of other organizations.  He has been featured on ABC, The New York Times, and done numerous radio interviews, from Mancow to Laura Ingraham.

In his free time, Jason loves playing sports and hanging out with his wife, Alisha and his three rambunctious kids, Reign, Sage, and Rogue.  He lives in Wichita, KS. 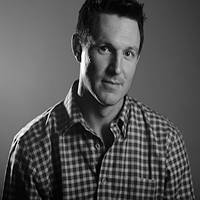