James is one of Silicon Valley’s foremost experts in growth and network effects. He’s a four-time serial entrepreneur. He is also a pioneer of user-generated models, viral marketing, a/b testing, crowdsourcing, and myriad other growth techniques now followed by nearly all technology companies.

Because of his expertise in these critical areas of company growth, he’s been fortunate to invest in, advise, and mentor many of technology’s definitive startups, and has revolutionized the trajectory of today’s leading internet companies.

James is a growth junkie with an uncanny eye for what it takes to succeed. He has been investing before or alongside firms like Sequoia, Greylock, CRV, A16z, First Round, Mayfield, Shasta, and GGV.

Before becoming an investor, James co-founded one of the internet’s first successful user-generated companies, Tickle, in 1999 and served as CEO. Under James’ leadership, Tickle grew to become the 18th largest website in the world with over 150 million registered users, and was acquired in 2004 by Monster for $110 million. It was during this time he realized the power of network effects as the core growth driver of both B2B and B2C successes across every vertical.

James is an adventure seeker, and has sailed across both the North Atlantic and the South Pacific; father of 4 boys; married to the strongest woman in the world; musician and singer; fascinated by psychology and language; interested in innovative learning models/organizations for community development and networked ecosystems. 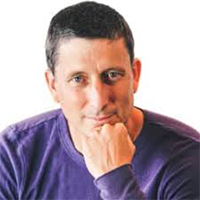