Ronald D. Sugar served as Chairman of the Board and Chief Executive Officer of Northrop Grumman from 2003 until his retirement in 2010.

During his tenure, Northrop Grumman grew to become one of the world’s largest aerospace and defense companies, with 120,000 employees and $35B annual revenue.

Prior to joining Northrop Grumman in 2001, Sugar held senior operating, technical, and financial positions at TRW Inc. and Litton Industries.

He is a trustee of the University of Southern California, where he also holds the Judge Widney Chair as Professor of Management and Technology, member of UCLA Anderson School of Management board of advisors, and director of the Los Angeles Philharmonic Association.

He is past chairman of the Aerospace Industries Association, a member of the National Academy of Engineering, and a fellow of both the American Institute of Aeronautics and Astronautics and the Royal Aeronautical Society. He was appointed earlier by the President of the United States to the National Security Telecommunications Advisory Committee. 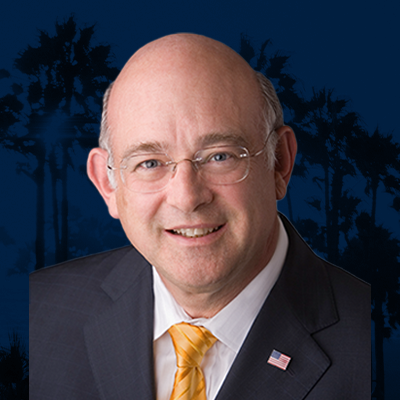