Dana Stalder knows what it takes to turn a scrappy start-up into a strong, independent company. Dana has managed nimble ventures as well as 2,500-person teams. He has sat on both sides of the table in acquisition talks and sold to consumers, small businesses and Fortune 500 companies alike. His experience cuts across multiple disciplines including sales, marketing, finance, technology and product management at companies such as eBay, Netscape and PayPal.

“My goal each day is to help entrepreneurs get where they want to go. I have been in their shoes, struggling to launch new businesses, and I have scaled high-growth public companies,” he says. “I am passionate about identifying future leaders and helping them develop and use their individual talents to make a lasting impact.”

Dana was born and raised in Silicon Valley, and studied business and economics at Santa Clara University. After college he worked at Ernst & Young advising technology companies such as Quantum, Sun Microsystems, Remedy, Netscape, and Intuit.

In 1994 he left to help build Netscape, then a nascent, few-month-old, pre-revenue company defining the ways in which consumers and enterprises were going to use the Internet. In his four-year tenure, Dana held several executive positions in finance, sales and operations.

Dana left Netscape after its sale to AOL in 1998 and became a member of the founding team of Respond.com, an early pioneer in online lead generation. There, he served as the company’s Vice President of Business Development and Chief Financial Officer.

In 2004 Dana joined PayPal, where he managed all business operations, including product, sales, marketing and, eventually, technology. Dana started PayPal’s international business from scratch, and led PayPal’s expansion beyond the eBay platform onto other online retail sites. He also initiated a number of other startup projects, including PayPal Mobile and the PayPal Developer Platform.

Dana left PayPal in 2008 to join Matrix Partners, where he invests predominantly in FinTech, Consumer Marketplaces, and Enterprise Software. 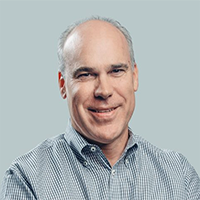