Bill is the Vice President of Strategy & Development of Nottingham Spirk, a leading business innovation firm founded in 1972. He and the NS team use the Vertical InnovationTM process in collaboration with their client/partners to deliver product platform innovations resulting in over 1000 commercialized patents and over $50 Billion in retail sales for their clients.

Bill joined Nottingham Spirk in 2002 after working for General Motors. While at GM, he was involved in the design and development for Cadillac brand vehicles (Cadillac DTS and Escalade) and future platform innovations like the award-winning Cadillac Sixteen showcar.

Bill has generated and maintained successful client/partner relationships with US and European companies. He has lead innovation partnerships with Fortune 500 companies, including Unilever, Coca-cola, Nestle Purina, Energizer, Parker Hannifin.

Bill and the NS team excel in enabling companies to build businesses in adjacent categories and to disrupt markets. They have also co-founded new venture companies, many of which have been acquired. One venture-capital backed company, co-founded by NS was the Dr. Johns SpinBrush Company, later acquired by Procter & Gamble for $475 million. It resulted in the Crest Spinbrush, the largest selling powered toothbrush line. NS also co-created the P&G’s Swiffer SweeperVac; Scott’s Snap Spreader System; helped to build the Dirt Devil product line from the beginning; and developed the Sherwin-Williams Twist & Pour paint container platform, named one of the Top 10 Package Innovations of the Decade. Troy-Bilt FLEX, the first modular out-door power equipment system, resulting in MTD winning Lowes Innovator of the Year Award.

NS co-created “Rover,” the first autonomous golf caddie, which is changing golf by encouraging a healthy lifestyle. Rover follows you around the course so you can focus on your golf game.

Nottingham Spirk has developed an effective methodology for tech transfer and commercialization, collaborating with Cleveland Clinic, NASA and others. For example, starting with a Case Western Reserve University technology, NS co-created CardioInsight ECVue, the first non-invasive electrocardiographic mapping system. Medtronic recently acquired this technology for $93 million plus an earn-out.

Bill Nottingham serves on the Board of Trustees for the Cleveland Institute of Art and Design, the Advisory Committee for CWRU think[box] maker space. As a member of the Consumer Technology Association, he is on the Disruptive Innovation Council and the Health and Fitness Council, assisting with establishing policy and standards for each market category. He is also a member of the Technology Advisory Board for the Rock and Roll Hall of Fame, and boards of several private equity companies.

Bill has been featured on Bloomberg Radio, Sirius XM and NPR. He was a keynote speaker for the Consumer Electronics Association, Forbes Reinventing America Summit, The City Club of Cleveland, the RPM Global Leadership Summit, Back End of Innovation, Marcus Evans Innovation Conferences, and National Association of Medical Illustration Conference. 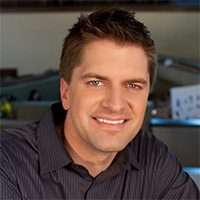