Before the word “entrepreneur” had entered the vernacular, William (Bill) Bryant knew in junior high that he wanted to work on his own projects. He imported sunglasses with tiny AM radio earpieces, raised exotic tropical fish, and created a line of “fishing lure” earrings, while keeping copious lists of ideas to pursue. Fortunately, he encountered software in the 1980s and then the Internet in the 1990s, leading to founding roles with Visio (Microsoft), Netbot (Excite), Qpass (Amdocs), and Medio (Nokia).

His thesis as an investor is simple: start with an audacious, change the world idea that can attract and inspire an amazing team for the long haul. Even if the big idea doesn’t quite succeed, the fallback position is often fruitful.

From experience, Bill knows what it takes to succeed, and that even the most successful startup isn’t on a straight line path. He’s had instrumental roles in more than 25 leading software, Internet, mobile, and digital media companies as a founder, senior executive, investor, and board member. Today, he serves on the boards of Bright Computing, Chef, Pro.com, Remitly, Reflect, and Xealth, with recent exits at Ping Identity (Vista Equity), Z2live (King), and Varolii. Prior to joining DFJ, he was an active angel investor in Socrata, Swype, Liquid Planner, Limeade, Sensors in Motion, and Winshuttle, as well as two companies that went public, Isilon Systems and Loudeye.

Based in Seattle, he earned a degree in European history, an MBA, and a PhD candidacy in business strategy from the University of Washington. While he focuses primarily on startups in the Pacific Northwest, he has had recent portfolio companies in the Bay Area, Denver, and New York City. His personal sweet spot lies in enterprise applications and infrastructure, but he’s also supported consumer, media, and mobile endeavors.

Bill acknowledges that while Seattle will likely never eclipse Silicon Valley as a hotbed of technology, it’s home to a number of world-class software companies such as Amazon, Microsoft, Expedia, Zillow, Tableau, Concur, and a growing host of others.

His advice to entrepreneurs: keep a pulse on the pace of innovation and have a prepared mind. The half-life where a company has truly proprietary insights into an opportunity that it can take full advantage of are fleeting. Most importantly, pick an investment partner you want to work with over the extended time it can take to fulfill your mission. 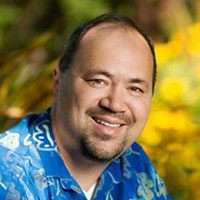