Bernard Kim is Zynga’s President. He is a mobile gaming and interactive entertainment veteran with more than 15 years of experience. As Zynga’s President of Publishing, Bernard oversees how the company brings its games and services to players. He is responsible for Zynga’s global marketing, user acquisition, ad monetization, revenue, communications, consumer insights, data science, product management, business development, and partnerships. He manages teams in six countries and across four states in the U.S. In 2020 Bernard Kim was named a Mobile Legend at the Mobile Game Awards in London.

Before joining EA, Bernard served as Director of Sales and Channel Strategy at The Walt Disney Company, where he led sales and retail for Disney Mobile.

Bernard holds Bachelor of Arts degrees in both Economics and Communications from Boston College. 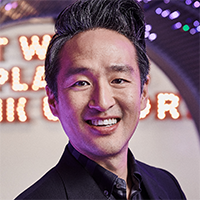